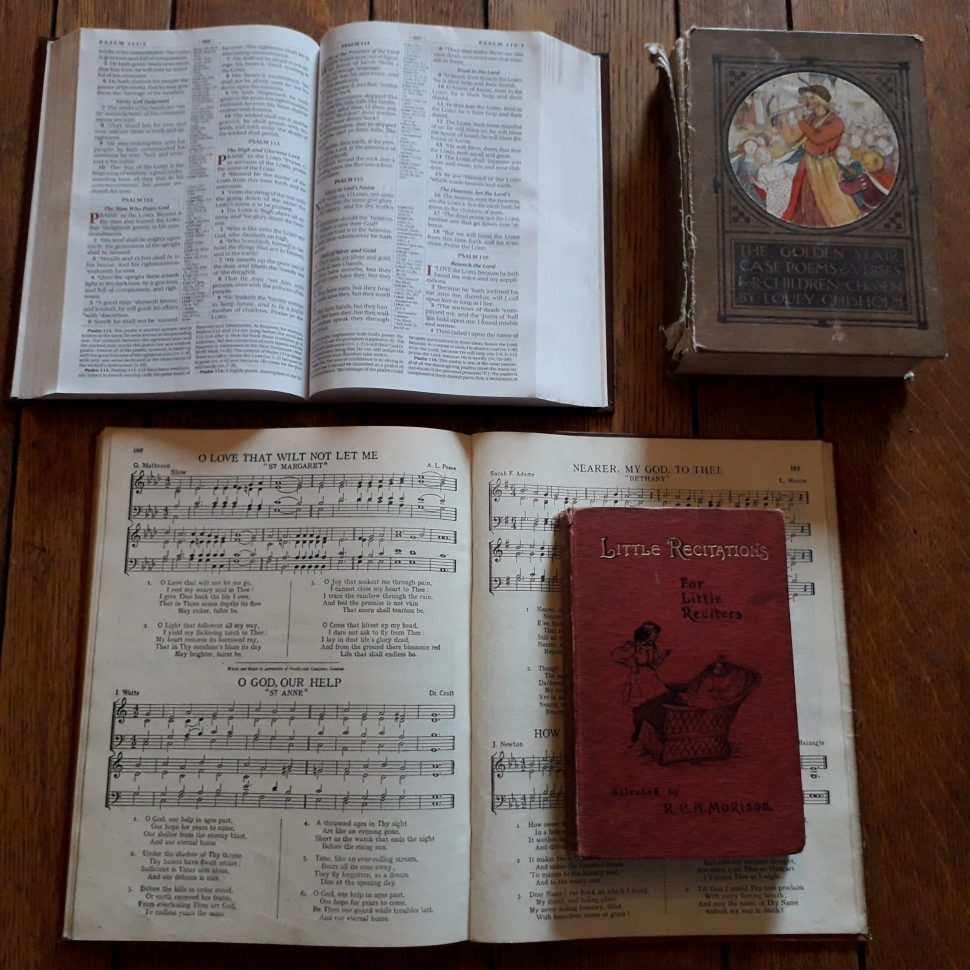 “The child should speak beautiful thoughts so beautifully, with such delicate rendering of each nuance of meaning, that he becomes to the listener the interpreter of the author’s thought.”

3–4 × 10 minute lessons a week. i Generally speaking, one recitation passage ii would be taken per lesson. Each recitation lesson was assigned a particular category, as per the programmes’ categories laid out below.

Each term during form I the students were assigned six individual selections to recite in their lessons. The selections taken were chosen within the confines of four distinct categories.

The students would recite one poem of their own choice. The programmes would often assign 1 or 2 poetry books to be read during the term; this reading was normally undertaken in the afternoon or evening. iii

“[L]et the poems the child learns be simple and within the range of his own thought and imagination. At the same time, when there is so much noble poetry within a child’s compass, the pity of it, that he should be allowed to learn twaddle!”

The poetry books assigned in the P.N.E.U are listed below; they are organised according to whether they were used in just Form IB, or IA, or across both form levels.

The students would recite (not sing) two hymns per term. During the Christmas term one or both of the selections may be Christmas hymns. Occasionally the programmes specified a particular composer to choose a hymn from (i.e. Heber or Koble).

One psalm was assigned per term. iv This was pre-determined and specified on the programmes. In Form I there was a nine-term psalm rotation, so conveniently one each term to take us through the entirety of the form.

The psalms assigned in Form I were as follows:

Two suitable passages of 6 verses each were selected from the term’s Old Testament and New Testament readings.

“The learning by heart of Bible passages should begin while the children are quite young, six or seven. It is a delightful thing to have the memory stored with beautiful, comforting, and inspiring passages, and we cannot tell when and how this manner of seed may spring up, grow, and bear fruit […]”

The programmes, although not usually specifying the exact verses to be learnt, nearly always gave a chapter from the bible by which the passages would be chosen. Below is a list of the books from the Bible and the chapters that were specified in the programmes for the recitation selections to be taken from. These passages were of course taken in line with the text covered during Bible lessons. (Very occasionally an exact passage was indicated).

Ruminating on Recitation, by Maria Bell

2 comments on “Recitation: Form I” 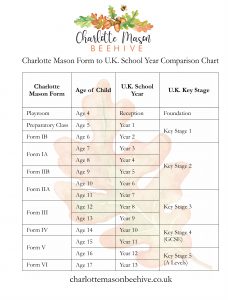 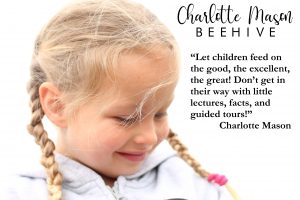